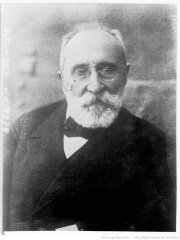 After a long parliamentary career, Paolo Boselli became Italy’s 22nd prime minister in June 1916 after the fall of Antonio Salandra’s government. Charged with forming a unity government, his leadership was uninspiring and he was forced to resign during the defeat at Caporetto in October 1917.

Paolo Boselli (1838-1932) was first elected to the Italian parliament in 1870, representing the Historic Right party. He held several minor ministerial posts and introduced legislation in matters as varied as international commercial and maritime law, financial governance, education, and heritage preservation. Boselli’s chief political interests lay in Turin, and he built strong ties with court circles; his other interests included the football club SS Lazio, where he served as honorary president. From 1907, he was president of the Dante Alighieri Society, a cultural association promoting nationalist and irredentist aims. Boselli enthusiastically supported Italy’s intervention in the war, seeing it as a continuation of Risorgimento ideals and an opportunity to complete the national territory. In May 1915, he was responsible for presenting the legislation which granted Antonio Salandra’s (1853-1931) government with extraordinary powers in wartime. In December 1915, he received Italy’s highest royal honour, an appointment to the Supreme Order of the Most Holy Annunciation, a clear sign of the status he held within the establishment.

In June 1916, a political crisis which had been developing for some time finally erupted. Salandra’s leadership had come under increasing criticism, as Italian offensives achieved little success and relationships between civil and military authorities were strained. Boselli was chosen by Salandra as the candidate most likely to unite diverse political groups within parliament, and he formed a broad coalition government which maintained key personnel, like foreign minister Sidney Sonnino (1847-1922), in place, uniting all major parties in the cabinet, with the exception of the socialists. Like his predecessor, Boselli offered unconditional support to Luigi Cadorna (1850-1928), the chief of general staff, and made no attempt to direct military policy, which he declared should be free from parliamentary control. He adopted a similarly hands-off approach to foreign policy, leaving Sonnino free to pursue his own objectives, though Boselli’s own views were firmly nationalist and expansionist, with a particular focus on Dalmatia. By early 1917, even the interventionist circles closest to Boselli had begun to criticise his inactivity as little military progress was made and popular discontent began to grow. In June 1917, he was attacked directly by Cadorna in three notorious letters which blamed him for failing to crush socialist criticism of the war or stifle indiscipline at home and at the front. Boselli took little concrete action in response, either to address these criticisms or to reprimand Cadorna. Meanwhile, the unity of rival political currents which his government was supposed to reflect had broken down entirely. By early October 1917, only the lack of a clear and credible alternative prevented his erstwhile supporters from replacing him.

Already in political crisis, on 24 October 1917, Italy was also plunged into a military crisis thanks to the Austro-German invasion at Caporetto. The entire cabinet was forced to resign; having placed such confidence in Cadorna’s leadership, the general’s failure was also the government’s. Vittorio Emanuele Orlando (1860-1952) was chosen to replace Boselli, who returned to his former status as a relatively undistinguished parliamentarian with little national prominence. He continued his important work in promoting the collection of printed materials and objects related to the war for the Museo del Risorgimento in Rome, which he had helped to found in 1906, thus establishing one of the most important collections of material relating to the First World War in Italy. Elected as a senator in 1921, Boselli became an active and committed supporter of fascism and was part of the commission which drew up the Lateran Pacts in 1929. Upon his death in 1932, Boselli was granted a state funeral and a papal blessing. 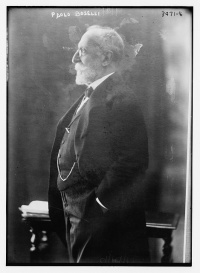