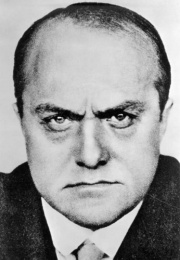 Initially fascinated by the front, the painter quickly understood that the war was an absolute catastrophe. His despairing paintings of hospitals led to his labelling by the Nazis as a degenerate artist.

I constantly oscillate between great joy for all the new things I see, depression for the loss of my individuality, and a profound sense of irony for myself and sometimes the world (…). Everything recalls space, distance, the infinite. I would like to be able to paint this noise,[1]

wrote Max Beckmann (1884-1950) from the war front to his wife in 1915. The already renowned painter chose to work as a volunteer nurse and accompany troops to the Eastern front. Then he was transferred to occupied Belgium: “The dreadfully chilled ambience of a conquered city. (…). A savage world.”[2]

Opposition to the War seen as a Catastrophe↑

Far from his initial aesthetic enthusiasm, he quickly became depressed – or rather the victim of traumatic shock – and spent the end of the war in Berlin. He very quickly understood that the war was a catastrophe and he wanted to bear witness by making his work as objective as possible, without judging the enemy. Above all, he drew and carved in his cold and simple style the wounded in hospital, the dead, the morgue and a home front in which crimes began to resemble scenes of war (The Night.) Resurrection, his immense, unfinished painting describes the upheaval, horror and impossibility for humanity to return to normal, to carry on after. The sun is black. It is not surprising that the Nazis classified his work as degenerate. He lived in exile from 1933 until his death and refused to return to Germany after 1945.