The Balkan Wars were two sharp conflicts that heralded the onset of World War I. In the First Balkan War a loose alliance of Balkan States eliminated the Ottoman Empire from most of Europe. In the Second Balkan War, the erstwhile allies fought among themselves for the Ottoman spoils.

The Balkan Wars of 1912-1913 initiated a period of conflict that ravaged southeastern Europe until 1918 and endured there in one form or another into the 21st century. These Balkan wars originated in the aspirations of the nationalist states of southeastern Europe; having previously achieved independence from the Ottoman Empire during the 19th century, these states wished to incorporate members of their nationalities remaining under Ottoman rule and thus achieve their maximum nationalist claims. In this way, the states of Bulgaria, Greece, Montenegro and Serbia sought to emulate the 19th century nationalist successes of Germany and Italy.

Competing claims to Ottoman held territories, especially Macedonia, prevented the Balkan states from cooperating against the Ottomans. When the Young Turks threatened to reinvigorate the Ottoman Empire after their 1908 coup, however, the leaders of the Balkan states sought ways to overcome their rivalries. Russian diplomacy facilitated their efforts. The Russians wanted to compensate for their setback in the Bosnian Crisis of 1908-1909 by establishing a pro-Russian Balkan alliance intended to impede any further Austro-Hungarian advances in the region. In March 1912, the Bulgarians and Serbs concluded an alliance under Russian aegis. This agreement contained a plan for the settlement of the Macedonian problem, including a provision for Russian mediation. The Bulgarians and Serbs then both made individual agreements with the Greeks and Montenegrins, who also reached an agreement together. By September 1912 this loose confederation, the Balkan League, was ready to achieve its goals.

Montenegro began the First Balkan War on 8 October 1912. Before the other allies could join in, the Ottomans declared war on the Balkan League on 17 October. The main theater of the ensuing conflict was Thrace. While one Bulgarian army besieged the major Ottoman fortress at Adrianople (Edirne), two others achieved major victories at Kirk Kilisse (Lozengrad) and at Buni Hisar/Lule Burgas. The latter was the largest battle in Europe between the Franco-German War of 1870-1871 and the First World War. The Ottomans rallied at the Chataldzha, the last lines of defense before Constantinople. An attack by the exhausted and epidemic ridden Bulgarians on 17 November against the Ottoman positions there failed. Both sides then settled into trench warfare at Chataldzha.

Elsewhere the Serbian army broke the western Ottoman army at Kumanovo on 23 October. The Serbs then proceeded against diminishing resistance into Macedonia, Kosovo and on through Albania, reaching the Adriatic coast in December. The Greek navy prevented the Ottomans from shipping reinforcements from Anatolia to the Balkans, and occupied the Ottoman Aegean Islands. The Greek army advanced in two directions, entering Salonika on 8 November, and further west, bringing the town of Janina under siege. Montenegrin forces moved into the Sanjak of Novi Pazar and besieged the northern Albanian town of Scutari (Shkodër).

The Ottomans signed an armistice with Bulgaria, Montenegro and Serbia on 3 December. Greek military operations continued. By this time, Ottoman Europe was limited to the three besieged towns of Adrianople, Janina, and Scutari, the Gallipoli peninsula and eastern Thrace behind the Chataldzha lines. As a result of the Ottoman collapse, groups of Albanian notables, supported by Austria and Italy, declared Albanian independence on 28 November 1912. While delegations from the Balkan allies attempted to negotiate a final peace with the Ottomans in London, a conference of Great Power ambassadors met in London to ensure that their interests would prevail in any Balkan settlement.

A coup on 23 January 1913 returned a Young Turk government to power in Constantinople. This government was determined to continue the war, mainly in order to retain Adrianople. It denounced the armistice on 30 January. Hostilities recommenced, to the detriment of the Ottomans. Janina fell to the Greeks on 6 March and Adrianople to the Bulgarians on 26 March.

The siege of Scutari, however, incurred international complications. The Austrians demanded that this largely Albanian inhabited town become a part of the new Albanian state. Under Austro-Hungarian pressure, Serbian forces aiding the Montenegrin siege withdrew. The Montenegrins persisted in the siege, however, and succeeded in taking the town on 22 April. A Great Power flotilla off the Adriatic coast forced the Montenegrins to withdraw less than two weeks later, on 5 May.

Meanwhile in London, peace negotiations resulted in the preliminary Treaty of London, signed on 30 May 1913 between the Balkan allies and the Ottoman Empire. By this treaty, the Ottomans Empire in Europe consisted of only a narrow band of territory in eastern Thrace defined by a straight line drawn from the Aegean port of Enos to the Black Sea port of Midya.

During the First Balkan War, while the Bulgarians contended with the major portion of the Ottoman army in Thrace, the Serbs had occupied most of Macedonia. Austrian prohibitions prevented the Serbs from gaining the Adriatic port in northern Albania that they desired. The Serbs then sought to strengthen their hold on Macedonia as compensation for the loss of the Albanian coast. The Greeks had never agreed to any settlement over Macedonia, and also indicated that they would retain the Macedonian areas they had occupied. The Bulgarians remained determined to obtain this area. Hostilities among the allies over the Macedonian question escalated throughout the spring of 1913 from exchanges of notes to actual shooting. Russian attempts at mediation between Bulgaria and Serbia were feeble and fruitless.

On the night of 29-30 June 1913, Bulgarian soldiers began local attacks against Greek and Serbian positions in Macedonia. These attacks became the signal for the outbreak of general war. Greek and Serb counterattacks pushed the Bulgarians back to their pre-war frontiers. Just as the Bulgarian army began to stabilize the situation, Romanian and Ottoman units invaded Bulgaria. The Romanians sought to obtain southern Dobrudzha to broaden their Black Sea coast and to balance Bulgarian gains elsewhere in the Balkans. The Ottomans wished to regain Adrianople. The Bulgarian army, already heavily engaged against the Greeks and Serbs, was unable to resist the Romanians and Ottomans. Under these circumstances, Bulgaria sued for peace. By the resulting Treaty of Bucharest, signed on 10 August, Bulgaria lost most of Macedonia to Greece and Serbia, and southern Dobrudzha to Romania. The Treaty of Constantinople, signed on 30 September 1913, ended Bulgaria's brief occupation of Adrianople.

The Balkan Wars resulted in huge casualties. The Bulgarians lost around 65,000 men, the Greeks 9,500, the Montenegrins, 3,000, and the Serbs at least 36,000. The Ottomans lost as many as 125,000 dead. In addition, tens of thousands of civilians died from disease and other causes. Deliberate atrocities occurred throughout every theater of war.

Another important consequence of the Balkan Wars was the alienation of Bulgaria from Russia. Until 1913, Bulgaria had been Russia’s most important client in the Balkan region. Bulgaria’s proximity to Constantinople afforded Russia a valuable base from which to bring pressure upon this vital area. The failure of Russian diplomacy to mediate the Bulgarian-Serbian dispute over the disposition of Macedonia led to Bulgaria's catastrophic defeat in the Second Balkan War and Bulgaria’s subsequent turn to the Triple Alliance for redress. This left Serbia as Russian’s only ally in the Balkans. When Austro-Hungarian chastisement threatened Serbia in July 1914, the Russians had to protect Serbia or else lose the Balkans completely.

The ambitions of the Montenegrins and Serbs in Albania greatly increased Austro-Hungarian antipathy towards these two south Slavic states. The Viennese government became determined that Serbian power should not increase in the Balkans. On three separate occasions, in December 1912, in April 1913 and again after the Balkan Wars in October 1913 the Austro-Hungarians came into conflict with the Serbs and Montenegrins over Albanian issues. Even though war resulted in the summer of 1914 from an event in Bosnia, the conflicts over Albania informed the Austrians’ decision to fight the Serbs. The First World War was not the Third Balkan War; rather the Balkan Wars were the beginning of the First World War. Nationalist conflicts persisted in southeastern Europe from 1912 to 1918. Problems of nationalism endured there into the 21st century. 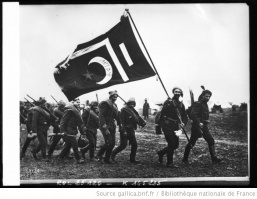 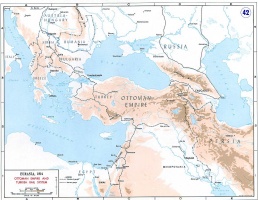 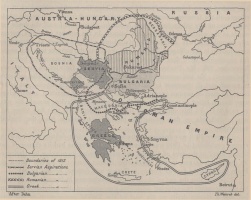 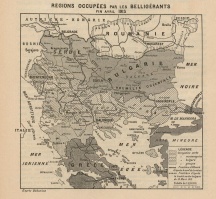 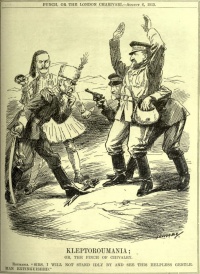 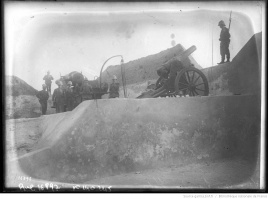